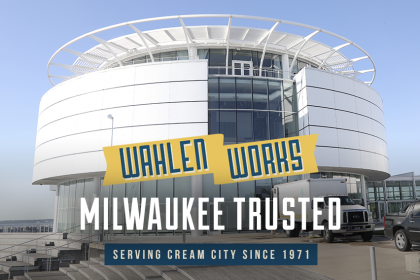 In the years since, we have become the caretakers of some of Milwaukee’s most historic and distinctive properties, earning the trust of facility managers, property managers, and general contractors throughout Milwaukee and southeastern Wisconsin.

In addition to MCW, here are some of the Milwaukee landmarks we are proud to service and maintain.

In 2001, the Quadracci Pavilion opened, with its movable wing-like brise soleil becoming an instant Milwaukee icon. We are honored to be responsible for the care and maintenance of their stunning underground parking facility — one that has inspired a Porsche commercial, and is the first impression most visitors have of the museum.

Columbia St. Mary’s Hospital. Wisconsin historical marker #186 is located on the grounds of historic Saint Mary’s Hospital and marks the location of the Saint Mary’s School of Nursing, founded in 1894. Saint Mary’s opened in 1848 at Jackson and Wells streets. It’s sister hospital, the non-sectarian Columbia Hospital, began operations in 1909, also in downtown. In 1995, the two hospitals merged and Columbia St. Mary’s was formed. Their new $417 million-dollar state-of-the-art facility opened in 2010. We ensure that it’s exterior and parking areas are clean and safe for patients and visitors.

The ASQ Building. You wouldn’t believe it to look at it now but the ASQ center was once a Gimbels department store, and later a Marshall Fields. Built in the 1880s, it was designed after the Selfridge Store in London, but had deteriorated significantly before its renovation in 2001. Today the beautiful structure is in the National Registry of Historic Buildings and stands proudly in the heart of downtown Milwaukee as a successful, 195,000 sq. ft. office building.

In 2019 it was ranked #111 in the Fortune 500 for revenue. The insurance behemoth now occupies the Northwestern Mutual Tower and Commons in Milwaukee and an 84-acre campus in Franklin; and owns the 7Seventy7 apartment tower on 777 North Van Buren Street. The Franklin location includes two parking ramps, one four-level and the second a six-level, 1,625-stall structure. We have been entrusted with the maintenance of both of those facilities and the external garage at 7Seventy7.

The Garages of The Third Ward. The Historic Third Ward District is called that because 70 buildings in its 10 square blocks are on the National Register of Historic Places. They were built in a 36-year span after a fire destroyed 440 buildings in 1892. Today the Third Ward is a must-see for visitors to Milwaukee. “Its district of well preserved, large historic buildings, festival grounds, art galleries, theatre groups, eating and drinking establishments, and special events make it a unique attraction in the Milwaukee metro area.” We are as proud of the Third Ward as we are to maintain the vast majority of the garages in the district.

The work we do each day takes us to some of the most recognized and iconic locations in Milwaukee. We do our part to maintain Milwaukee’s historic properties and we feel privileged to do so. It’s what it means to be Milwaukee trusted. 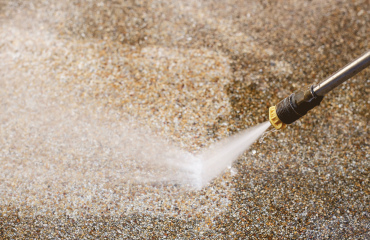 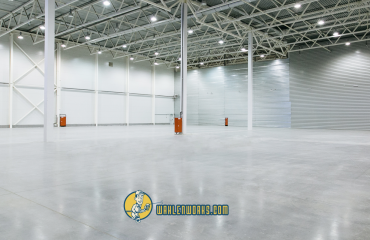 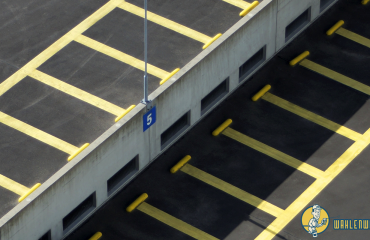